Once Again, Maryland Tries to Force OEM Parts Use and Parts Certification 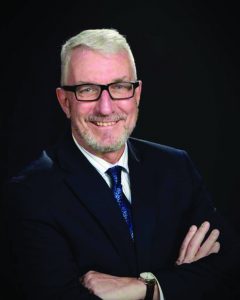 According to a report in Collision Week (Feb. 9, 2017), the Maryland Senate is considering yet another bill that, if passed into law, would require automobile insurers to authorize collision repairs only if they are made with OEM parts or certified aftermarket parts. Parts covered by the bill include fenders, bumpers, door panels, hoods, grills, wheel wells, and front and rear lamp display panels.

The legislation has been assigned to the Senate Finance Committee and according to the Maryland legislative website is scheduled for a hearing on March 14.

Ed Salamy, Executive Director of the Automotive Body Parts Association (ABPA), told Body Language, “The ABPA strongly opposes any attempt to curtail the rights of the consumer, to artificially restrict a competitive business environment, and to use legislation to award a virtually monopoly on the parts certification process.”

A similar bill (HB 1258) failed last year in the Maryland House, when it received an unfavorable report from the House Committee on Economic Matters. The bill had been strongly supported by the Washington Metropolitan Auto Body Association (WMABA), the Maryland Auto Dealers Association and the Certified Automotive Parts Association (CAPA); and opposed by the ABPA, insurance industry trade groups, aftermarket parts distributor LKQ, and NSF International, a parts certification provider.

This year’s bill eliminates any exclusionary time period after which non-certified aftermarket parts could be specified. Previous legislation filed in Maryland had included progressively shorter windows of exclusion, from five years (a 2013 bill) down to two years (2016’s version). How this absence of an exclusion period will be interpreted is problematic. Does it mean that non-certified parts can be specified at any time? That would defeat the purpose of the legislation.

But the language of the bill may be interpreted as meaning the elimination of an exclusionary period ensures that non-certified parts may never be specified for repairs. If this holds true then all pretense of fairness and concern for public safety has been tossed aside.

Other provisions in the proposed legislation include requirements that aftermarket parts be certified by a non-profit 501(c)(6) entity (an unusually narrow definition that has many people scratching their heads in confusion); that certified parts be subject to testing by an independent third-party testing facility (even after they have been certified?); and that aftermarket parts be identified with a “highly visible” certification mark and number traceable to the manufacturer.

Like five previous pieces of legislation that have been defeated in the Maryland legislature, Senate Bill 1007 is another cynical attempt to restrict consumer choice and restrain trade, giving an unfair and unwarranted advantage to special interest groups, namely automobile manufacturers and narrowly defined certification entities. We strongly urge Maryland legislators to quickly send this bill to defeat as they have all previous efforts to bend public laws for personal gain.