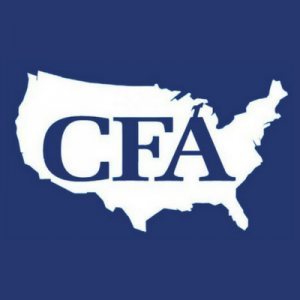 “During his tenure, Steve unified a diverse set of consumer and cooperative organizations, built a strong financial base, and recruited leading advocates to staff in many different policy areas. He also proposed and helped to launch new organizations including Advocates for Highway and Auto Safety and the Coalition Against Insurance Fraud as well as successful programs including America Saves and Consumer Lobby Day. In addition, he served on more than a dozen boards of directors, including that of the Federal Reserve Board of Richmond. Steve has been an extraordinary and effective leader for CFA,” said Janet Domenitz, CFA’s Board Chair and Executive Director of MASSPIRG.

Throughout the 1970s, after earning a Ph.D. from the University of Pennsylvania, Dr. Brobeck taught American Studies at Case Western Reserve University while, as a volunteer, he started and helped to lead Cleveland Consumer Action. While at CFA, he served as adjunct or visiting professor at several major universities, and wrote as well as co-edited several books including two encyclopedias of the modern consumer movement.

Domenitz noted that Brobeck will serve as Executive Director until June 20th, the day of CFA’s annual Awards Dinner, when he will then pursue his research interests as a CFA senior fellow. The June 20th dinner, held during CFA’s 50th anniversary year, will recognize CFA’s member organizations and a half-century of consumer activism. The dinner program will also honor Brobeck and introduce Gillis as his successor.

“CFA’s Board is thrilled to have Jack Gillis continue his long-standing service to CFA in this exciting new opportunity as Executive Director,” said Domenitz. Gillis has been CFA’s Director of Public Affairs since 1983 and is a renowned consumer advocate and author, co-author and editor of 74 consumer books including The Car Book. He served for ten years as a contributing consumer correspondent for NBC’s Today Show representing CFA, was Good Housekeeping’s personal finance columnist, and product safety columnist at Child Magazine.

Gillis’ advocacy has been responsible for major changes in the automobile industry, including significantly improved vehicle safety, better warranties, and increased fuel efficiency. Early in his career, The New York Times featured Gillis as a leader in a new breed of consumer advocates. He’s a former adjunct professor at The George Washington University, where he taught in the Graduate School of Government and Business Administration and serves on the boards of the Center for Auto Safety (chair) and Advocates for Highway and Auto Safety. Previously, he was Executive Director of the Certified Automotive Parts Association, a non-profit standard setting organization. He received his MBA from The George Washington University as a Teaching Fellow and his BA from the University of Notre Dame.