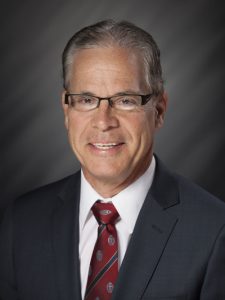 Meyer Distributing President and CEO Mike Braun was elected on November 6 to represent Indiana in the United States Senate. Senator-elect Braun (R-IN) handily won the election, defeating incumbent U.S. Senator Joe Donnelly (D-IN) by a margin of 52.86% to 43.15%. Braun’s hard-fought victory was integral in helping Republicans retain and grow their majority in the U.S. Senate. Senator-elect Braun forged a strong relationship with President Trump during the election, as the President made multiple visits to campaign with Braun in one of the most closely watched races of the 2018 cycle.

Braun started working for Meyer Body Co. in 1981 and transitioned its business from manufacturing to distribution, forming Meyer Distributing. Over the following decades, Braun grew the business into a national distribution and logistics company with 65 locations in 38 states. Braun has also shown a commitment to public service as a member of the Jasper School Board (2004–2014) and as an Indiana State Legislator (2015–2017).