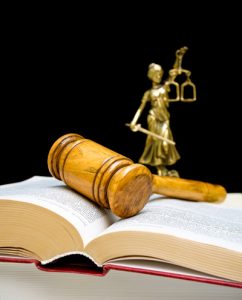 On January 8, 2019, the original case filed by the Automotive Body Parts Association (ABPA) against Ford Global Technologies LLC (FGTL) was argued before the Federal Circuit Court of Appeals in Washington D.C. The issues on appeal are functionality and patent exhaustion, which have the potential of invalidating and rendering unenforceable FGTL design patents on automotive body repair parts. It also is possible that the jurisdictional issues of associational standing and mootness might be reviewed by the Court. The three-judge panel, consisting of Judges Hughes, Schall, and Stoll, now have the case under consideration and we are waiting on an opinion from the Court.

In a second matter, during the week of November 13, 2018, ABPA representative New World International (New World) went to trial against FGTL after New World declined to stop selling automotive body parts allegedly recovered by FGTL’s patents. New World declined based on a belief, shared by ABPA, that the FGTL design patents are invalid, unenforceable, and not infringed.

Before trial, rulings were made that New World infringed upon FGTL’s design patents as a matter of law. The pre-trial rulings were challenged by New World and are currently the subject of numerous post-trial motions. The infringement rulings prevented New World from presenting all its defenses during trial. On November 16, 2018, the jury returned a verdict that the patents were not invalid, and that New World willfully infringed the patents.

Significantly, no judgment has yet been entered against New World, and New World has filed a number of post-trial motions including a motion for judgment as a matter of law, motion for reconsideration, and motion for new trial. The briefing on these motions has been completed and we are waiting decisions from the trial court. New World believes it has excellent grounds for a new trial or appeal on non-infringement that will eliminate the findings on patent validity, willful infringement, and damages for all the patents.

We will continue to keep you updated with developments as they occur in these cases.

We invite those interested in contributing to the ABPA legal fund to do so by clicking the PayPal button below. You may also contact ABPA Executive Director Ed Salamy at 800-323-5832.