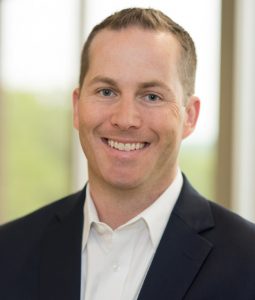 Chevy Chase, MD — The GEICO Board of Directors has promoted Shane Wheeler to vice president in charge of the company’s claims operations. Wheeler will be based at GEICO corporate headquarters in Chevy Chase, Maryland.

Since 2016, he had served as assistant vice president of claims for GEICO’s regional operations in Tucson, Arizona. Before that, he was the liability director for the regional office in Dallas.

Wheeler joined GEICO in 1999 as a service counselor at the San Diego regional office and entered the management internship program shortly thereafter. After completing the program, he was named a supervisor in the claims division.

GEICO (Government Employees Insurance Company), the second-largest auto insurer in the U.S., was founded in 1936 and insures more than 28 million vehicles. For more than 80 years, the company has worked to make people’s lives better by protecting policyholders against unexpected events. As GEICO has grown, it has delivered money-saving coverage and outstanding customer service to policyholders through its investment in human resources and technology. GEICO is a member of the Berkshire Hathaway family of companies.