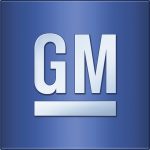 WASHINGTON – General Motors Co said Wednesday it was recalling 3.46 million U.S. pickup trucks and SUVs to address a vacuum pump issue that could make braking more difficult and that has been linked to 113 accidents and 13 injuries.

In late June, GM recalled 310,000 vehicles in Canada for the same issue. GM did not immediately explain why the Canadian recall occurred more than two months before it called back the vehicles in the United States.

The recall was triggered because the amount of vacuum created by the vacuum pump may decrease over time, GM told the National Highway Traffic Safety Administration (NHTSA) in documents posted on Wednesday.

The NHTSA opened a preliminary investigation into the issue last November, and said it had reports of nine related crashes and two injuries. It provided GM in July with additional field reports that prompted the automaker to open an investigation.

GM said it could affect braking in “rare circumstances.” The NHTSA said in a statement the “vehicles may experience brake boost failure, which would require increased brake pedal effort, leading to a hard brake pedal feel, and potentially increased stopping distance.”

GM said the vacuum assist pump, which is lubricated with engine oil that flows into the pump through a filter screen, can in some cases lose effectiveness over time, as debris such as oil sludge can accumulate on the filter screen.

GM told NHTSA that prior model years used a different brake assist system design, and vehicles manufactured after 2018 were not equipped with the affected pump design.

Separately, GM said on Wednesday it is recalling 270,000 additional U.S. vehicles in three smaller recalls, including 177,000 2018 Chevrolet Malibu cars with 1.5L turbo engines because an error in the engine control module software may result in the fuel injectors being disabled.

It is also recalling 91,000 2019 Chevrolet Express and GMC Savana vehicles because the seatbelt-unfastened warning light will not illuminate for approximately five seconds after the ignition is moved to the “on” or “start” position, which means they are not in compliance with federal motor safety regulations.