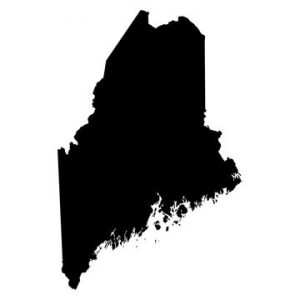 The Automotive Body Parts Association (ABPA) has long advocated for the rights of consumers who simply want to repair their vehicles as safely, efficiently, and economically as possible. While many are familiar with the Right to Repair movement in Massachusetts, repair shops in Maine are now making their voices heard with a similar movement of their own.

A growing movement of local auto repair shops and supporters are fighting for the right to repair in Maine – and there could be a referendum on the state ballot as soon as next year! Dubbed the Maine Right to Repair Coalition, the group seeks to increase access to vehicle data needed for modern car repairs – similar to the Massachusetts ballot initiative, which passed by a three-to-one margin in 2020.

The referendum, which can be voted on as soon as November 2023, would give car and truck owners the access to their own vehicle data – and the ability to choose where and how to repair their vehicles.

The ABPA applauds the efforts of the repair shop coalition in Maine, and we will be supporting their ongoing efforts on this important consumer issue. In Massachusetts, U.S. District Court Judge Douglas P. Woodlock’s long awaited opinion should be coming out in the very near future. Following the 2020 ballot vote that was overwhelmingly approved by Massachusetts voters, Judge Woodlock had previously set a November 2, 2021, deadline for issuing a decision. This was then postponed from that date to accept post-trial evidence. He subsequently set deadline extensions for his long-anticipated opinion of March 7, April 15, and July 1, 2022, to review implications related to environment and clean air acts.