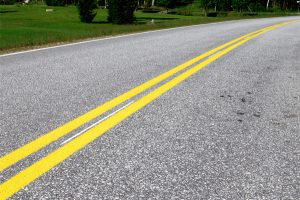 Lane departure warning, a technology designed to address an often-fatal type of crash, is preventing crashes on U.S. roads, new research from IIHS shows. A separate study shows that blind spot detection also is yielding benefits when it comes to preventing lane-change crashes.

The studies are the latest in a series by Jessica Cicchino, IIHS vice president for research, that evaluates different crash avoidance features by looking at data from police-reported crashes (see “Crashes avoided: Front crash prevention slashes police-reported rear-end crashes,” Jan. 28, 2016, and “Rearview cameras reduce police-reported backing crashes,” Nov. 17, 2016). Police reports include information on the circumstances of a crash, making it possible to look specifically at the types of crashes that particular technologies are designed to address, rather than just looking at crash rates generally. Cicchino’s previous studies found that front crash prevention with autobrake cuts the rate of front-to-rear crashes in half and that rearview cameras can prevent about 1 in 6 backing crashes.

Results of the new study indicate that lane departure warning lowers rates of single-vehicle, sideswipe and head-on crashes of all severities by 11 percent and lowers the rates of injury crashes of the same types by 21 percent. That means that if all passenger vehicles had been equipped with lane departure warning, nearly 85,000 police-reported crashes and more than 55,000 injuries would have been prevented in 2015.

The analysis controlled for driver age, gender, insurance risk level and other factors that could affect the rates of crashes per insured vehicle year.

A simpler analysis that didn’t account for driver demographics found that lane departure warning cut the fatal crash rate 86 percent. There weren’t enough fatal crashes to include them in a statistical model that controlled for demographics. In the simpler analysis, the rate of all crashes was 18 percent lower for vehicles equipped with the feature, and the rate of injury crashes was 24 percent lower.

“This is the first evidence that lane departure warning is working to prevent crashes of passenger vehicles on U.S. roads,” Cicchino says. “Given the large number of fatal crashes that involve unintentional lane departures, technology aimed at preventing them has the potential to save a lot of lives.”

However, a 2015 study of lane departure warning on trucks in U.S. fleets found the technology cut the rate of relevant crashes nearly in half, and a study of Volvo cars in Sweden found a reduction of relevant injury crashes of 53 percent.

Compared with those results, the new findings of an 11 percent reduction in all relevant crashes and a 21 percent reduction in injury crashes are modest. One reason may be that U.S. drivers of passenger vehicles frequently turn off lane departure warning (see “Lane maintenance systems still a turnoff for many drivers,” June 22, 2017). Researchers don’t know what percent of the time lane departure warning was turned on in the earlier studies, but if drivers in the new study had kept the feature on all the time, the results would be in line with the benefits found in the earlier studies, Cicchino estimates.

Another factor affecting the size of the benefit is that lane departure warning requires an appropriate response from drivers. IIHS researchers recently looked at 631 lane-drift crashes and found that 34 percent of the drivers were physically incapacitated (see “Drivers who drift from lane and crash often dozing or ill,” Sept. 1, 2016).

The new study included vehicles with optional lane departure warning from six manufacturers: General Motors, Honda, Mazda, Mercedes-Benz, Subaru and Volvo. The automakers provided information about the presence of optional features on specific vehicles by vehicle identification number (VIN). Researchers used 2009-15 crash data from states that provided VINs of the crash-involved vehicles, making it possible to identify the vehicles and determine if they had lane departure warning.

Cicchino used the same method to examine blind spot detection systems, which provide a visual alert when an adjacent vehicle is in the driver’s blind spot. In this case, she focused on crashes in which the vehicles were changing lanes or merging. Fiat Chrysler, General Motors, Honda, Mazda, Mercedes-Benz and Volvo vehicles were included.

Controlling for other factors that can affect crash risk, blind spot detection lowers the rate of all lane-change crashes by 14 percent and the rate of lane-change crashes with injuries by 23 percent. Although only the reduction in crashes of all severities was statistically significant, the effect for injury crashes was consistently in the expected direction for 5 of the 6 manufacturers studied.

“Blind spot detection systems work by providing additional information to the driver. It’s still up to the driver to pay attention to that information and use it to make decisions,” Cicchino says. “That said, if every passenger vehicle on the road were equipped with blind spot detection as effective as the systems we studied, about 50,000 police-reported crashes a year could be prevented.”