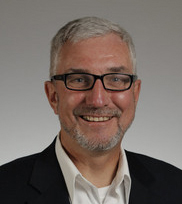 By now collision repair shops in the U.S. were supposed to be using General Motor’s proprietary MyPriceLink parts ordering system, which originally had a December 1 launch date. But, citing “workflow pressures on outside parties,” the automaker has pushed the introduction of MyPriceLink until early 2015.

The MyPriceLink program is designed to allow repair shops to order GM collision parts that are priced “up-front” at the initial repair estimate. The prices will be set by GM at the time the estimate is uploaded. The introduction of MyPriceLink will coincide with the elimination of GM’s fixed parts price list.

As described by GM and reported by John Yoswick’s CRASH Network, the new system means that parts prices will also no longer be available within the estimating systems. Instead, shops will need to upload all estimates requiring prices for GM parts to MyPriceLink, which will then return the estimate back with current prices.

A GM representative told the CIC conference last summer that the prices returned by the system will be dynamic, based on “the market or a particular price and its competition,” and will eliminate the need for a shop to get price-matching information.

Essentially, if the MyPriceLink system becomes operational, GM will be able to say, “We’ll tell you what price we feel like charging” on every part ordered. GM is asking repair shops to trust them to provide the “best” price.

This flexibility could cut both ways. On one hand it will give GM the ability to undercut the prices of every other parts supplier if they so desire. But it may also allow GM to charge what the market will bear for some parts, since they will no longer be held accountable to a set price list.

It seems to me that, by using MyPriceLink, repair shops will cede a great deal of control over what they pay for parts to a giant corporation that has its own profitability as its first priority.