The 2016 International Bodyshop Industry Symposium (IBIS) was held from May 23-26, at the Hilton Diagonal Mar in Barcelona, Spain. For North Americans who are not familiar with IBIS, it is an annual conference established to provide a forum for insurance companies, vehicle manufacturers, multi-site collision repair operators (MSOs), and associated businesses in the collision repair industry. As someone who is responsible for staying ahead of all the hot topics here in the U.S., it was intriguing to meet with the industry leaders on the other side of the pond to see what concerns they have – especially when it comes to the topic of aftermarket collision replacement parts.

The speaker lineup for IBIS was impressive, and included representatives from Google, European insurers, MSO executives, and ICAR trainers.  Many of the speakers were from the U.S., which highlights the influence the American market has on the European collision repair industry. The schedule was spread out over a period of two days, with every session well attended. 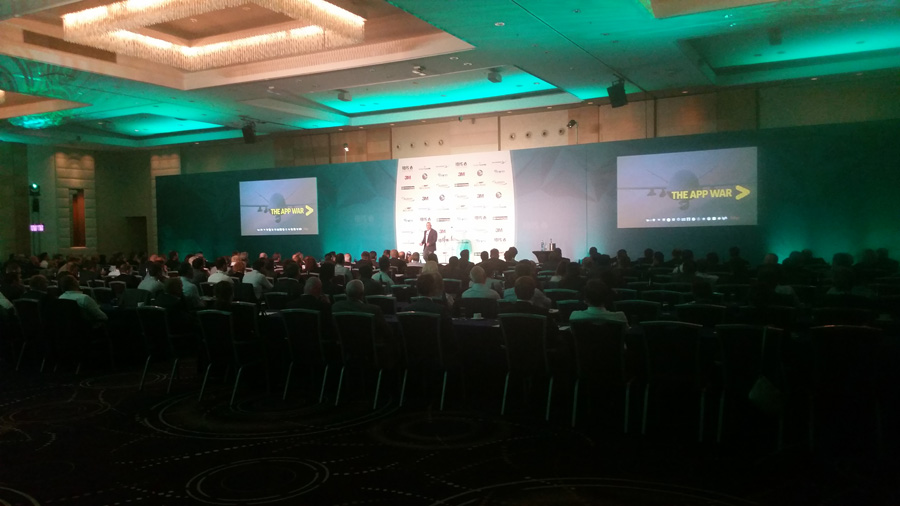 A topic that seemed to keep coming up was consolidation, specifically, consolidation in the parts marketplace as well as in the world of body shops.  Bradley Mewes of Supplement went into great detail on the consolidation of parts distributors in the U.S., using the LKQ model as an example.  Apparently, this subject was discussed at last year’s IBIS show by Rex Green, who is a consultant in the world of investment banking.  In his presentation, Brad discussed “economies of scale” and how companies such as LKQ utilize this when making cost cutting decisions.  He also gave basic economic lessons to the audience to highlight why a company such as LKQ may choose to purchase another company.  This was of keen interest to those in attendance, as LKQ has seen tremendous expansion through acquisition in the European marketplace.

David Smith of Caliber Collision gave an intriguing presentation on his company and how they have been growing over the past five years.  For those who attended ABPA in Miami in late April, they will remember David as being part of the panel discussion that was moderated by Jim Smith.  Those in the U.S. know Caliber is one of the “big four” MSOs.  David discussed how they choose vendors and how they view these potential vendors as partners.  He went into further detail on how Caliber selects new vendors and explained why they turned away a large vendor (3M) until changes were made on their end.  It seems that having exceptional purchasing power gives Caliber the upper hand in these negotiations.  Finally, Dave made it clear that their growth was far from over and that he could potentially see Caliber growing to over 1,500 shops worldwide, 20,000 suppliers, and more than $6 billion in total revenue by 2020.

Autonomous cars were discussed by representatives of Google and caught the attention of the attendees.  We know that advanced safety features, such as self-braking and blind spot detecting, reduce accidents. This is a fact. But what do self-driving cars mean for our industry as it currently stands?  What will be the market penetration of self-driving cars twenty years from now?  After his presentation, Richard Offerman of Google proceeded to field many questions from the audience on this subject.

To add value to the conference, IBIS organizers made certain that there was plenty of time for networking in a social environment.  Both the welcoming reception and formal dinner were held in the outdoor pool club of the hotel.  This location offered great views of Barcelona and as well as the Mediterranean Ocean.

IBIS is held in a different city each year. For those who do not mind the travel and would like to make new contacts and to gain a different perspective of our industry, adding IBIS to your rotation would be worth your while.